Introduction to Series on Democratic Party Big Lies and Inconvenient Truths – When we live in a world filled with lies from all segments of society, it is hard to know what to believe, who to trust and what is the truth. The famous cliché “the truth will set you free” is fitting for what I have to share on the lies I have been tracking on the Democratic Party. At the same time, I want to counter the lie with some inconvenient truths which are all based on facts. So, here goes the second in a series with Big Lie #2. 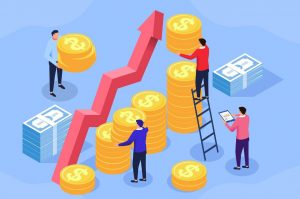 Our experience under Democratic Party rule has generally led us to increased taxation to pay for increased federal spending, commonly referred to as “tax and spend.”[1] President Biden is currently making the case for the largest federal spending spree in our history costing $3 to $5 Trillion. He claims the program is actually “free”, stating in a recent speech, that it supposedly will be paid for by massive increases in taxation across the board. As he promotes the program, he says it’s required for “real sustained economic growth” which is “something we haven’t realized in this country for decades.”

Well, let’s look at some inconvenient truths that refute this lack of economic growth over the last 40 years or four decades in Biden speak. In fact, this year 2021 is the 40th anniversary of the Reagan tax cuts that were the largest in our history. Art Laffer, an economist that guided President Reagan’s Economic Recovery Tax Act of 1981, advocated for supply side economics that would reduce the marginal tax rates to spur growth, create jobs and boost tax revenue. The U.S. economy was a wreck when Reagan, a Republican, took office following Democrat Jimmy Carter. Tax rates were as high as 70% on some types of income and inflation (another form of taxation) hit 14%.

So, following the Reagan tax cuts in 1981, here were the economic outcomes:

The Trump Tax Cuts and Deregulation Act of 2017 would again stimulate the lagging economy coming out of the Great Recession that started in 2007[4]. Democrat Barack Obama presided over much of the Great Recession with his eight-year term from 2008 to 2015. Obama’s recovery plan consistently underperformed the Federal Reserve’s forecast for GDP growth and unemployment rate. In contrast, Trump’s recovery consistently outperformed the Fed’s expectations and coincided with the lowest minority unemployment levels in 50 years accompanied by real wage gains for men and women.

The difference once again was Obama’s tax and spend policies including the largest increase in government regulations (all adding to increased costs) versus Trump’s supply side economics of reducing taxes and regulations. Again, in all truth, Trump did not do a good job at reducing federal spending which continued to increase along with the deficits.

We are again at a crossroads in the U.S. economy and at the mercy of the Democrats who want to return to the days of taxing the rich who will spend their resources avoiding the taxes. The projected increases in federal spending added to existing programs, already showing an unsustainable ability to pay for themselves (see Social Security, Medicare and Medicaid for starters), seems to be part of the Democrats sustained economic growth. We are now witnessing debt payments on the federal deficit that rival what we spend for the defense of the country. It’s time not to listen to what the Democrats say, but to learn about the ramifications of what they do. Even Democratic Senator Joe Manchin is pushing back on Biden’s proposed spending spree saying, “I won’t support a $3.5 trillion bill … without greater clarity about why Congress chooses to ignore the serious effects inflation and debt have on existing government programs.”[5]

Big lies hurt us all. Inconvenient truths need to be voiced and reconciled before we repeat the same mistakes AGAIN!!!