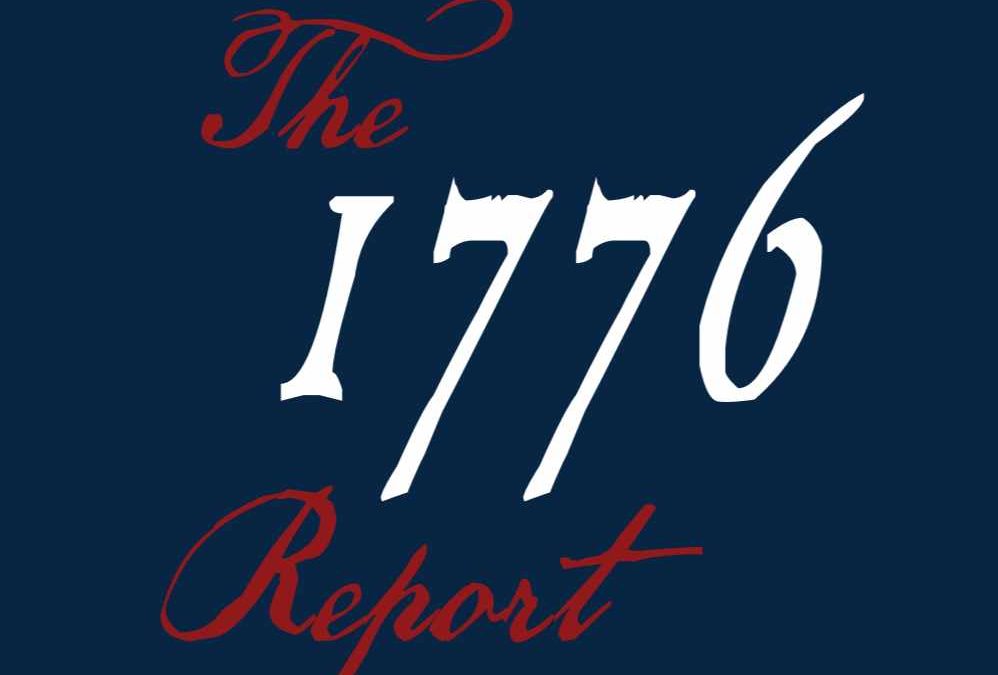 In one of his Executive Orders, on January 20, 2021, on the first day of Biden’t term, in an effort to “unite” the country, Biden kills this wonderful project.  They even took the report down from the White House website.  I was able to find it and have included it here.

The report begins this way…

The declared purpose of the President’s Advisory 1776 Commission is to “enable a rising generation to understand the history and principles of the founding of the United States in 1776 and to strive to form a more perfect Union.” This requires a restoration of American education, which can only be grounded on a history of those principles that is “accurate, honest, unifying, inspiring, and ennobling.” And a rediscovery of our shared identity rooted in our founding principles is the path to a renewed American unity and a confident American future.

The Commission’s first responsibility is to produce a report summarizing the principles of the American founding and how those principles have shaped our country. That can only be done by truthfully recounting the aspirations and actions of the men and women who sought to build America as a shining “city on a hill”—an exemplary nation, one that protects the safety and promotes the happiness of its people, as an example to be admired and emulated by nations of the world that wish to steer their government toward greater liberty and justice. The record of our founders’ striving and the nation they built is our shared inheritance and remains a beacon, as Abraham Lincoln said, “not for one people or one time, but for all people for all time.”