“One of the saddest lessons of history is this:  if we’ve been bamboozled long enough, we tend to reject any evidence of the bamboozle.  We’re no longer interested in finding out the truth.  The bamboozle has captured us.  It’s simply too painful to acknowledge, even to ourselves, that we’ve been taken.  Once you give a charlatan power over you, you almost never get it back.”

Reading this recently, it sent shivers down my spine as it made me think this is where we may be at.  Yes, we’ve been bamboozled.  Here’s why. 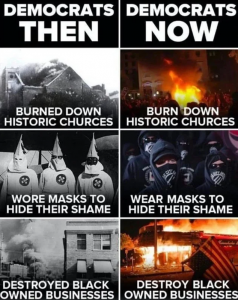 It has been a year since Biden and the Democrats won all three governing branches of America.  They did it mastering the arts of distraction (getting the main-stream media to ignore Hunter Biden’s laptop leading up to the election), deceit (“I have a plan to defeat Covid”) and downright delusion (promising at his inaugural to govern from the middle while having no intention to).

Last week, on January 6th, we witnessed their strategy going into the mid-terms, weaponizing the riot at the Capitol a year ago.  This could be another ploy to distract, deceive and delude Americans on Biden’s first year performance on par with the Steele Dossier and the Russian collusion hoax to undermine Trump’s election (now, completely debunked), or the 1619 project which has been a ruse to change public education as we know it.

We are clearly being bamboozled at the expense of the Democrat party.  The Democrats are very good at playing this very dangerous game.  With consistent distraction, deceit and delusion, they seem to have the upper hand.  The current Republican Party doesn’t seem to be strong enough to beat them.  It is not enough to be the good guys who purvey truth and honesty – if they want to fight in the trenches, we must fight in the trenches.  The messaging needs to be matched with our messaging.

This is not just about electing leaders, it’s about those of us on the ground; the grass-root conservatives to get up, pay attention and fight back.

We are now in the mid-term election season with an unprecedented opportunity to return America to its greatness.  We need to call out the Democrats’ distraction, deceit and delusion and replace it with concentrated power, a passionate vision, and consistent messaging on some key changes.

There are four things going on right now that need our attention and engagement.  These initiatives will not only help to save America but, more importantly, transform us as a nation to a higher level of Constitutional order to protect our liberty and individual freedom.

Please check these out and learn more about how we can become stronger American citizens, strengthening our resolve for the future.

Make the decision to change America by first changing how you show up for your country.  Let’s make these mid-terms the beginning of the end for the Democratic Party’s agenda for distraction, deceit, and delusion.  Let’s become a better America by becoming better American citizens.  Let’s not ever allow ourselves to be bamboozled by career politicians.