Government – Our Master or Our Servant? 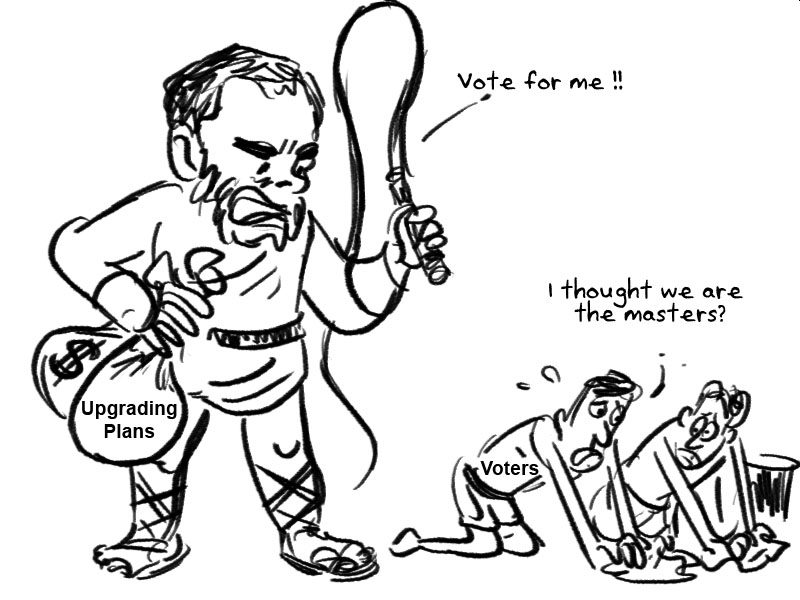 The Declaration of Independence clearly states the role of government in securing our natural rights and the rights created to live our lives. Government’s power to do that must be derived from the consent of the people if they are to be just. The government must be strong enough to secure our rights yet limited in its power so as not to be too powerful or oppressive. Remember, it was our colonial experience with the British government’s oppressive actions that was the driving force in declaring our independence in 1776.

The famous British actor, Michael Caine, once lamented on the British Parliament that we elect our politicians to be our servants. When politicians stay too long, they end up being our masters. This is where America finds itself once again with the growing power and size of the Federal Government. This is reflected in the longevity of the career politicians in Congress who have no limits like the Executive Branch on their terms of office, like Nancy Pelosi at 33 years, Mitch McConnell at 36 years, Chuck Shumer at 39 years and Joe Biden at 47 years.

With so many citizens polling their disfavor of politicians and their unproductive, partisan efforts to address serious issues, it is time to address the increasing power of government. Limiting the time our elected representatives have in Washington to find more ways to spend our hard-earned dollars seems like a good place to start. Term limits are a non-partisan issue supported by a whopping 82% of the population.
There have been strides in both Congress and by the states towards imposing term limits on Congress. Ron Desantis, former Governor and Congressman from Florida, captures the sentiment of many when he states, “We believe that the rise of political careerism in modern Washington is a drastic departure from what the founders intended of our federal governing bodies. To effectively ‘drain the swamp,’ we believe it is past time to enact term limits for Congress.”

Rep. Rooney, FL U.S. House Member (H.J.Res.20), and Senator Cruz, TX U.S. Senator (S.J.Res.1), have co-sponsored a joint resolution limiting terms in office for both members of the House and the Senate. It must garner the support of 3/4 of both houses by December 2020. Currently, the movement with the most traction is the Balanced Budget Amendment which needs only seven more states in order for Congress to call an Article V Convention. Twelve states have passed Article V convention applications for a limited government that includes imposition of term limits on Congress. The website www.termlimits.com is worth reading.

Let us take back our citizen power and restrict the power of our legislators to remind them their role is to serve the citizens. We don’t need a master. Been there and done with it!