It’s your responsibility to hold your elected representatives accountable

America is a Constitutional Republic governed by the laws outlined in our Constitution with Citizens represented by their elected officials within each State of the Union. A Republic, unlike a Democracy, gives majority the rule but with protection of the minority opinion to prevent tyranny. Whether your elected official is in the majority or minority, your responsibility as a Citizens goes beyond merely voting.  We must hold them accountable.

Here’s why…  Can you imagine what would happen if you hired someone for a home project and never follow-up on their actual performance?  You’d never hire someone to do a project at home and not check if the job was done right.  That’s absurd.  But, that’s what most of us do as citizens.  We vote, then forget about it.  We as Citizens must check to see if they are doing what we want. In other words, hold them accountable.

It appears this pattern of citizen unaccountability has been going on for decades. There are a few who pay attention, but many are paid to do it and and only report on the actual performance through a biased lens. Think here about the media, political analysts, lobbyists, political activists and even our local government employees who witness daily what is going on behind the scenes. So, we end up as Citizens 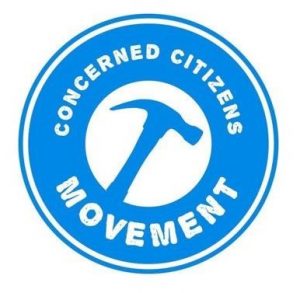 getting surprised a lot by the outcomes of our elected representative’s decisions both locally and nationally.

As Citizens, we’ve become lazy about our role in preserving our Constitutional Republic. Many vote strictly along party lines, never learning about the background and experience of the person on the ticket or displayed on the road sign. Oftentimes, we don’t even know the party represented by the person on the road sign until we get into the voting booth. In addition, rarely do Citizens follow the voting record of their elected officials to see what decisions they made on their behalf.

In New Hampshire in 2019, the the Democratic-controlled House and Senate passed many tax increases.  Thankfully the Republican Governor vetoed almost all of them – the most vetoes in NH legislative history.  Without those vetoes, every NH Citizen would be paying more in taxes to the State today. Thanks to some concerned Citizens, the word got out about what they did.  Citizens woke up and flipped both the House and the Senate to a Republican majority. It was the only state in the U.S. to achieve that outcome in 2020. But without the election process, this important information would have remained unheard of until it showed up in new tax bills whether on our income earned or the purchases we make.

It is time to renew our Citizen commitment and increase our level of Citizen engagement to preserve and protect our Constitutional Republic. It works if we work which is what the Founding Fathers were counting on us to do. Here’s some things to consider doing now.

Note: If you are in New Hampshire, here is a link were you can look up voting records and read bills.  https://www.gencourt.state.nh.us/house/