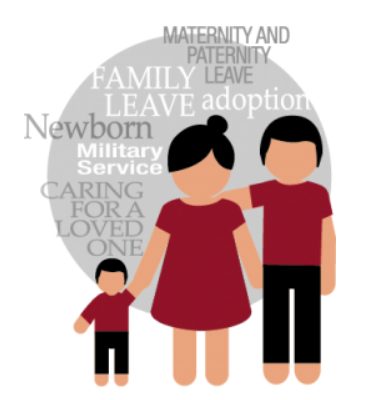 Imagine you are home in the evening and there is a knock on your door.  You answer and a nice 20-something young woman greets you and says “Hi, I just got pregnant and the state Democrat party says I should come ask you to pay your share so I can take a few months off after having the baby.”  “How much do you want?” you ask and she replies “How much did you earn last year”.  You reply that your wife and you earned a combined $96,000 (that’s the average household income in NH for 2018).  She says “Then you owe me $480.00”  You’d be outraged and send her on her way.  But, that’s what the state Democrats did last March.

You see, in March 2020, the Democrat-led New Hampshire House and Senate passed a “Paid Family Leave” bill (HB 712).  That bill would collect from everyone’s paycheck in the state 0.5% of their income.  Those monies would go directly to women and men who had just had a baby and allow them to take up to 12-weeks paid leave.  They cunningly didn’t call it an income tax.  Sen. Martha Fuller Clark, a Democrat, even said labeling this an income tax is inaccurate because the money would provide individuals a direct benefit, rather than go into state coffers”.  This is ludicrous for a couple of reasons:

First, the generally accepted definition of “income tax” (see www.dictionary.com) is: “A tax levied by a government directly on income”.  There can be no other conclusion that the government confiscating a percentage of your income that amounts to an income tax.  Any other conclusion is silly and wrong.  The state Democrats such as Ms Clark, do themselves a disservice by claiming otherwise.  They have severely compromised their objectivity at best and are outright lying at worst.

Second, if we were to impose an income tax, is paid family leave the highest priority?  An income tax is a monumental decision for the State of New Hampshire.  In the 244 years since our State was founded we’ve never had an income tax.  Let’s do a thought experiment, or think about a survey that went out to the citizens of our State.  Imagine a survey where they pose this question to you:  We are going to implement an income tax and we’re going to earmark the funds for a special purpose.  Then they give you three choices of where the money will go:

I wonder what the results of that survey would be?  I doubt if paid family leave is the number one priority worthy of an income tax.

Lastly, I question if paid family leave within the domain of what a government should do?  Many think this should be a benefit paid by employers as a perk to attract good workers.  If you were thinking of having kids wouldn’t you seek out employers with this benefit?