What Matters Most About Black Lives 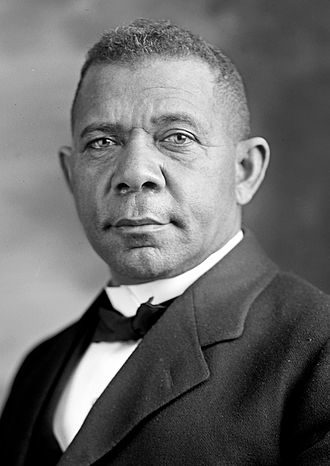 In 2020, the organization Black Lives Matters (BLM) captured the attention of many Blacks and liberals in rallying for social justice for Blacks.  Precipitated by police killings of Black people, BLM took America by storm creating great destruction of many major cities.  What seems perplexing against this BLM story are the facts and positions from a growing number in the Black community of what matters most to Blacks.

First of all, the fact that far more Black lives are taken by other Blacks than cops or white people is being addressed by many in the Black community as to whether Black lives really matter to the Black community.  Then, there are the commentaries from distinguished Black leaders suggesting that Black lives don’t really matter to liberals who seem more interested in gaining the Black vote, then failing to show up with the promises made during a political campaign.

Booker T. Washington, an African-American civil rights leader and the founder of a Black college that would become Tuskegee University wrote,

“I’m afraid that there is a certain class of race problem solvers who don’t want the patient to get well.”

Washington was considered the most influential spokeman for Black Americans between 1895 and 1915.  Malcolm X, an African American Muslim minister who lived during the turbulent 1960’s would state,

“The worst enemy that the Negro has is the white man that runs around here drooling at the mouth professing to love Negroes and calling himself a liberal.  It is following these white liberals that has perpetuated problems that Negroes have.  In America, the history of the white liberal has been nothing but a series of trickery designed to make Negroes think that the white liberal was going to solve our problems.”

In 2020, there seems to be a growing number of Black citizens getting politically active as conservative voices within the Republican Party.  Their messages support those of the distinguished Blacks above.  Elbert Guillory, a Republican State Senator in Louisiana, who abandoned the Democratic Party in 2013 stated emphatically that

“Liberalism has nearly destroyed Black America.  Democrats only care about one thing – CONTROL!!  Like the control of black slaves, they need Blacks for their votes.”

Dr. Ben Carson, an African American who ran for President in 2016 and now serves as Director of Health and Human Services in the Trump administration, has been labeled by the liberals as “Uncle Ben”, “Uppity Negro”, and “Oreo.”  Dr. Carson says that “white liberals are the most racist people.”  John James, a West Point graduate currently working in a family business, is waging his second attempt for the Republican Senate seat in Michigan to defeat the ultra-liberal Senator, Gary Peters.  Wesley Hunt, another West Point graduate and Army Apache pilot, is running for Congress in Texas’ District 7, to retake this pivotal seat from the Democrats.  Lacy Johnson, a successful businessman, is the Republican nominee for Congress running against Ilhan Omar, the self-defined radical leftist and member of the “Squad.”

Mia Love, a GOP rising star in Congress championing personal responsibility is the first Black female Republican elected to Congress.  She helped Tim Scott become the first Black Senator elected in the South since the Reconstruction.  Byron Donalds is campaigning for the Republican Congressional seat in Naples, Florida and sees himself as a conservative constitutionalist in the mold of Supreme Court Justice, Clarence Thomas.  He has twice been elected as a Republican member of the Florida House of Representatives.

What matters to Black Americans is perhaps best left up to the Black community to articulate.  A recent sign stating “Make Black Americans Republican Again” relates back to a time after President Lincoln, a Republican, freed the slaves giving them citizenship and the right to vote, that most Black Americans were registered Republicans.  In surveys of Black voters, they favor conservative policies such as Tax Cuts, Illegal Immigration, Traditional Family Values and Holding Schools Accountable as well as Law and Order.  They are not for defunding the police which BLM advocates.

Hopefully, we will see more Blacks voting Republican in the upcoming election and sending more Blacks to Washington as representatives in the Senate and Congress to address what really matters to Black Americans.