When two “rights” conflict, how do we decide which wins? 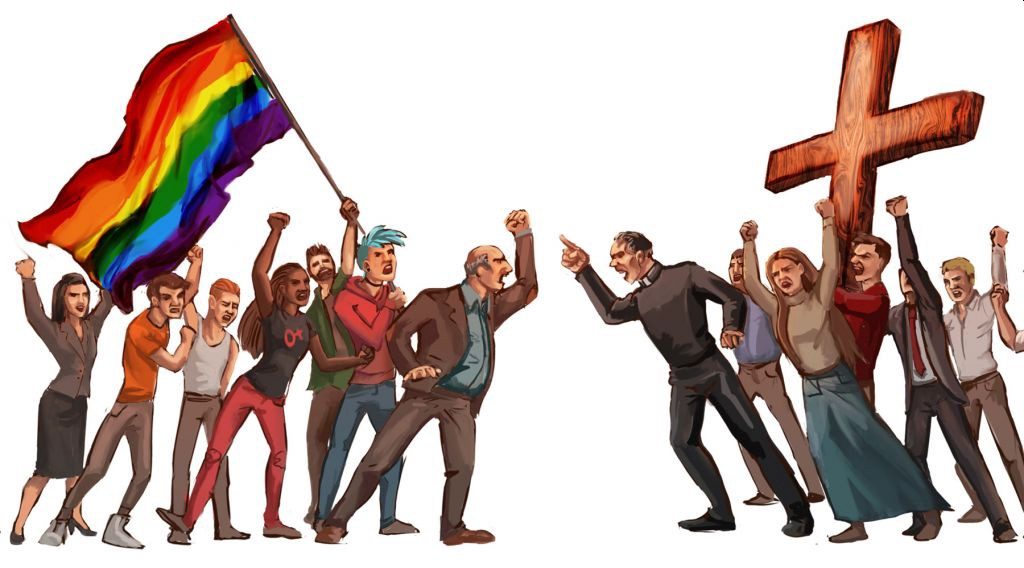 Because i needed a cure for insomnia, I was reading the 2020 Democrat Party Platform (https://democrats.org/where-we-stand/party-platform/).  On page 48 they say this:

We will reject the Trump Administration’s use of broad religious exemptions to allow businesses, medical providers, social service agencies, and others to discriminate

I think they are referring to two cases: The “The Little Sisters of the Poor” case in which as part of Obamacare, the administration in which he served, issued a rule requiring Catholic care providers to violate their convictions by paying for contraception for their employers.  Or, the case of the Masterpiece Cakeshop in Colorado, who despite baking many cakes for gays drew the line at baking a wedding cake.  It is very interesting that both cases went to the Supreme Court and both ruled in favor of the defendants (the nuns and the bakers).

So, it’s interesting to see the DNC say that they think that religious freedoms, articulated expressly in the Constitution, should be trumped (no pun intended) in favor of new rights, NOT in the Constiution.  I wonder what their logic was?

The democrats argue that all this is for “reproductive healthcare”, “equity”, “inclusion” and “non discrimination”.  We think that a Biden administration would push secular rights over religious rights because the democrats NEVER have taken the religious side on any of the above or following cases (borrowed from Wiliam McGurn’s August 24, 2020, WSJ Op-Ed). This is the sleeper threat.

Bill Mumma, CEO of the Becket Fund for Religious Liberty said it well:

“The Constitution protects religion from government interferece.  But in their (democrats) view, any government objective, no matter how controversial, takes priority over religious beliefs”