In 1968, and a junior in high school, when my friends were pumping gas and such, I was lucky to get a job at the Star Market warehouse. (Star Market was a major regional grocery store chain.) The job was a big deal because rather than work for the $1.75/hr my buddies were making I got $4.50/hr. I was darn lucky.

But a year later, as I was graduating high school and going off to college, something strange happened. The powerful Teamsters Union came in and the workers organized and voted to become a union shop. They lobbied hard to us part-timers because we had a full vote. They told us we’d benefit greatly in the form of higher wages and the $.25/hr. they took for union dues, I tried to convince myself, would surely pay off big time.

But boy was I wrong.

Within three months of being a member of the union, they decided to cut all part-time jobs and instead hire the equivalent man-hours in full-time people. The company couldn’t do anything despite needed us part-timers to fill in on short notice. Nor could the company fire the slackers and reward the high achievers. Both the company and the part-timers were screwed.

Despite this being more than forty years ago, the betrayal stung deep. That’s why when I hear President Biden talking up unions like they are the end-all and be-all of employment I cringe. Since when have unions proved to be a good thing? If unions are so good why have the number of unionized workers dropped from about 25% of workers fifty years ago to less than 10% now(1)?

Oh, I know now why Biden wants more unions… it’s because labor unions are BIG donors to the Democrats, making about $250 million in campaign donations in the last election alone. In addition, they donate far more money to Democrats versus republicans(2). 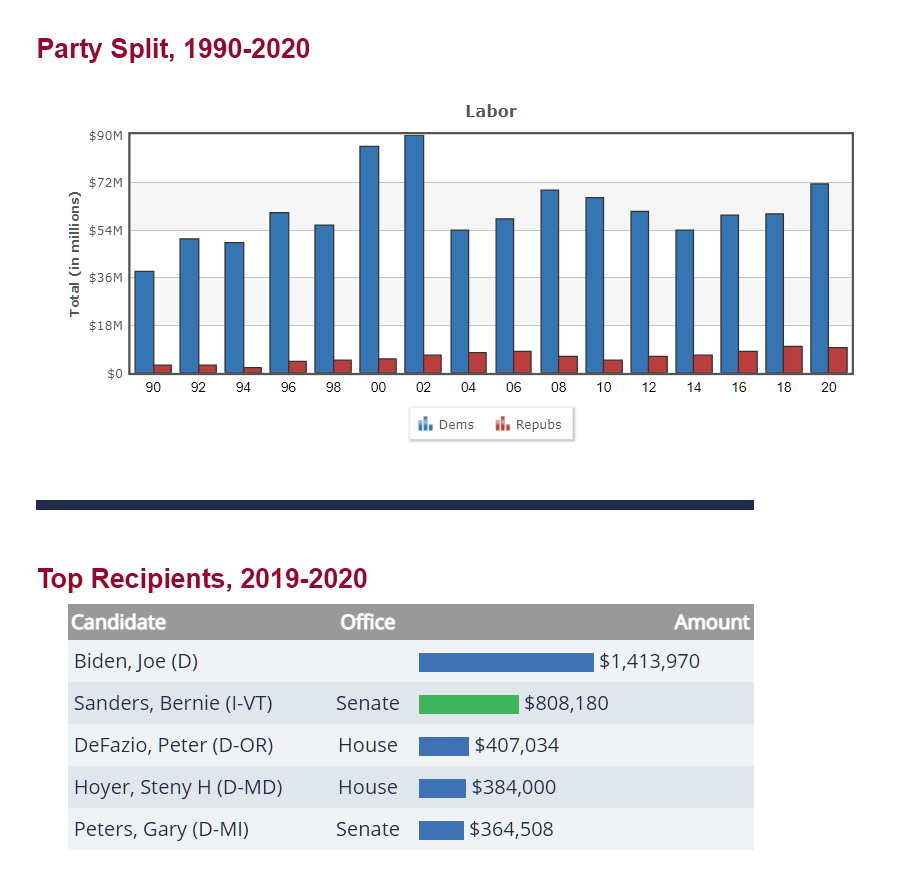 But, unless I’m wrong, this is the “land of the free and the home of the brave”. Recently the US House debated the “Protecting the Right to Organize” act on the floor of the house. Rep Tim Ryan, Democrat of Ohio was outraged that Republicans were against an act that would force tens of millions to join a union.

That’s right, the bill doesn’t allow people to join it would force them to. So much for having “the right to choose”.

Twenty seven states have enacted “Right to Work” laws that prohibit forcing people to join unions in order to keep their jobs. The Protecting the Right to Organize act would override state law and force people to pay.

Rather than calling this bill “Protecting the Right to Organize” it should be called “The Mediocrity Bill” because unions restrict the ability of an employer to reward excellence and eliminate mediocrity.
So, when you hear Biden touting “good union jobs” remember, the more people in the union, the more money he’ll be getting in campaign donations.

I’d love to hear your thoughts. Please post comments below.

[2] Union donations by party and by person – source https://www.opensecrets.org/industries/indus.php?ind=P