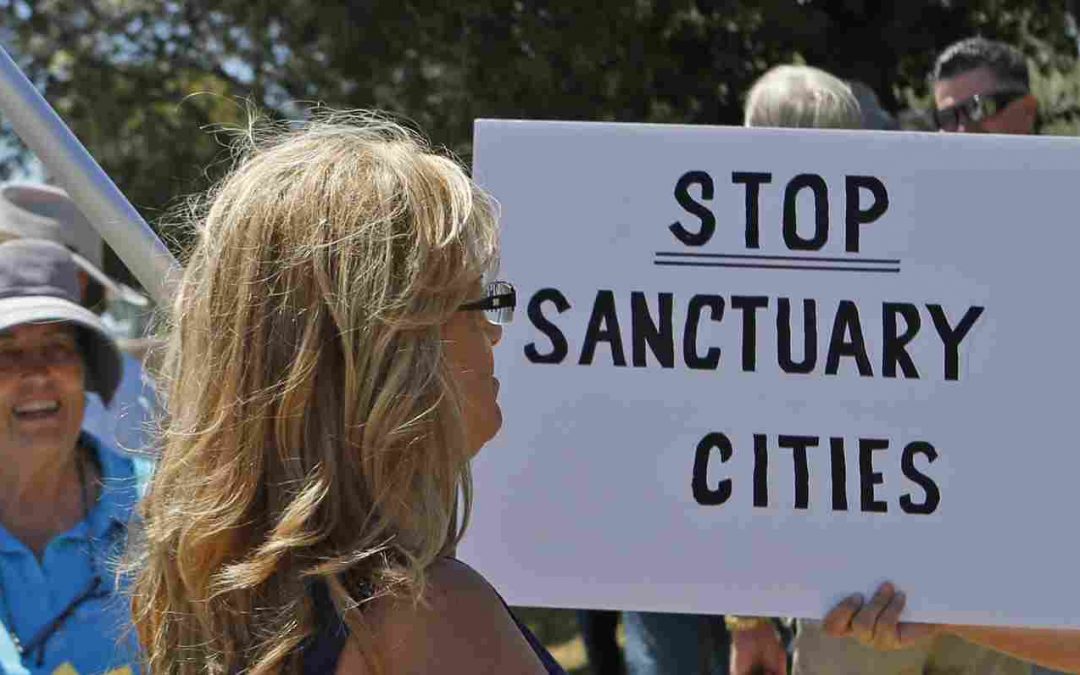 If you haven’t heard about sanctuary cities, now would be good to check what’s happening in your area.  As a New Hampshire resident, I have become aware of at least six[1] cities in my state that set up these illegal sanctuaries in 2017.  As of 2021, it is likely the number is far higher with many incentives from the Biden administration to add even more.

How did this all happen?  Here is some history.

In the 1980’s, the federal government refused to grant asylum to refugees arriving from certain Central American countries that were politically unstable.  In 1985, San Francisco passed a resolution called “City of Refuge” followed by an ordinance in 1989 that prohibits city employees, funds or resources from assisting Immigration and Customs Enforcement (ICE) in enforcing federal immigration law[2].  This started a movement for more sanctuary cities which are prohibited under federal law[3].

Sanctuary cities are set up within cities or counties to prohibit or restrict most forms of cooperation with federal immigration authorities who have the ultimate responsibility for determining and enforcing our immigration law.  The number of sanctuary cities grew from 11 in 2000 to at least 564 in 2018[4].

Obama’s sympathy for illegals caused sanctuary cities to grow from 40 to 338 during his administration alone.   He dismantled immigration enforcement and encouraged local governments to do the same.  Trying to stem this rise and running as a law-and-order candidate while promising to fix immigration President Trump in 2017 signed an Executive Order that tried to strip federal grant money from towns that harbored illegal immigrants.   Two-hundred-thirty-six jurisdictions refused to cooperate with President Trump’s immigration enforcement policies in working with ICE and U.S. Customs and Border Protection.  Unfortunately, a federal judge permanently blocked Trump’s Executive Order in November 2017, not on its merits, rather on procedural grounds[5]  With Biden once again relaxing the immigration restrictions, and more than 100,000[6] illegals pouring over the border each month we can count on an increase in these illegal jurisdictions.  As this border crisis reemerges under Biden, America’s sanctuary cities is where the “Catch & Release” illegals are being sent.

Judicial Watch is currently scheduled to go to trial in 2021 against San Francisco[7], challenging its deadly sanctuary policy that led to the shooting of Kate Steinle on a San Francisco pier in 2015.  The killer, an illegal alien from Mexico, was released from custody on a drug charge by San Francisco police at the same time Immigration and Customs Enforcement (ICE)was seeking him to begin deportation proceedings.  San Francisco authorities are prohibited from contacting or cooperating with ICE which directly resulted in Ms Steinle’s death.  This lawsuit was originally filed by Judicial Watch in December 2016 so it will be important to see the outcome of this suit in setting future precedent.  Judicial Watch has similar lawsuits against Santa Clara County, California and Montgomery County, Maryland.

Interesting to note the cities touted as the best sanctuary cities in the US:  Chicago, New York City, San Jose, CA, San Francisco, CA, and Washington D.C.  An estimated 2.5M immigrants are believed to be in California illegally, likely contributing to its state-wide poverty level of about 40%.

Under the guise of “Covid Relief” Congress passed the American Rescue Plan in March, 2021.  That bill contained $350 billion targeted to states, cities and towns.  But, Peter Navarro, Trump’s Trade Advisor from 2017 to 2020, provided insight that much of that $350 billion will go directly to sanctuary cities and states in the form of federal Grants to help the illegals. The Covid Relief will pay for these illegals who essentially get all the rights, privileges and benefits of American citizens once they enter a sanctuary city; immediately entitled to K to 12 education, health care, food stamps and no checks on their immigration status.

If you aren’t aware of this illegal activity, you are best to check with Judicial Watch and FAIR to see what is happening in your own jurisdiction and state.  As a fellow citizen and taxpayer, this will affect us in many, many ways and most of them are not in our favor.

[2] In New Hampshire, for example, the town of Lyme prohibits any cooperation “with any deportation force.”

[5] The judge ruled the Trump administration lacked the authority to impose new conditions on spending that has already been approved by Congress.

[6]   Based on the run rate of over 100,000 new illegals who entered the United States in February 2021 (merely one month into Biden’s presidency), we’ll have over 5 Million new illegal immigrants over the next four years.